Last Saturday we had a visit from artist and curator, Cat Fuller, who brought with her a HUGE archive of old, found negatives which have been sitting in a box for a number of years just waiting to be used! The opening of the darkroom meant that their opportunity had come at last and we excitedly set about trawling through to see which gems we could turn into some fabulous prints. As darkroom facilities are becoming harder to find, it had been a number of years since Cat had had the opportunity to print and was worried that she would have forgotten how to. It didn’t take her long to get back into the swing of it and we started knocking out the prints with ease.

It was an amazing amount of fun, printing these visions of the past, and surprisingly quite emotional. Printing photographs of people taken over one hundred years ago, there is only one conclusion to be derived from the question of where they are now. To see photographs of people in their prime with their whole lives ahead of them - lives which have now passed - really gives you a sense of perspective.

It was a great opportunity to see the power of archive and gave me the chance to consider how the photographs that the residents, the young people and I contribute to the project will be viewed in one hundred years time. This only further underlined to me the importance of the project.

I’m off to read up more about the zone system. Enjoy the photographs! 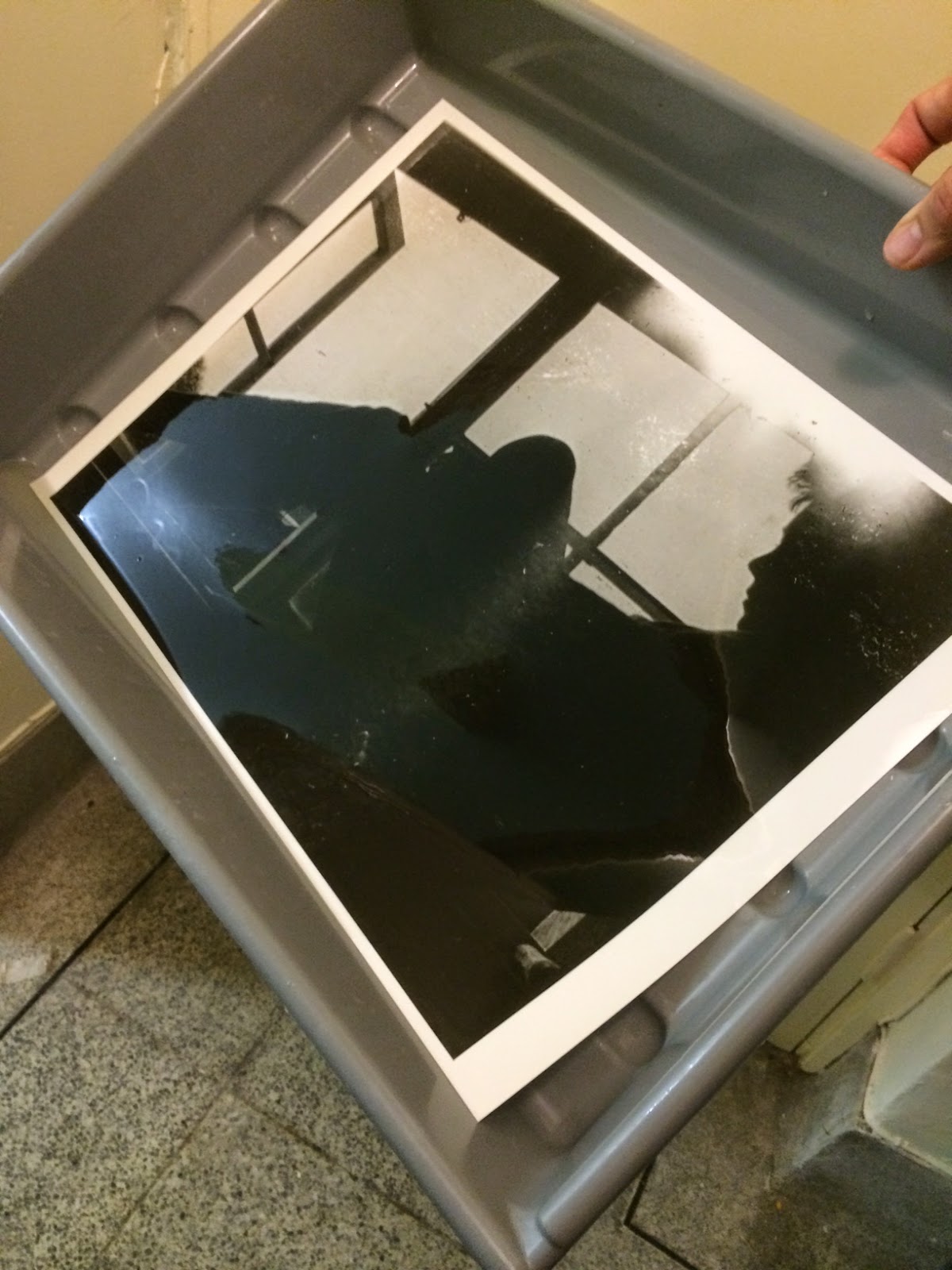 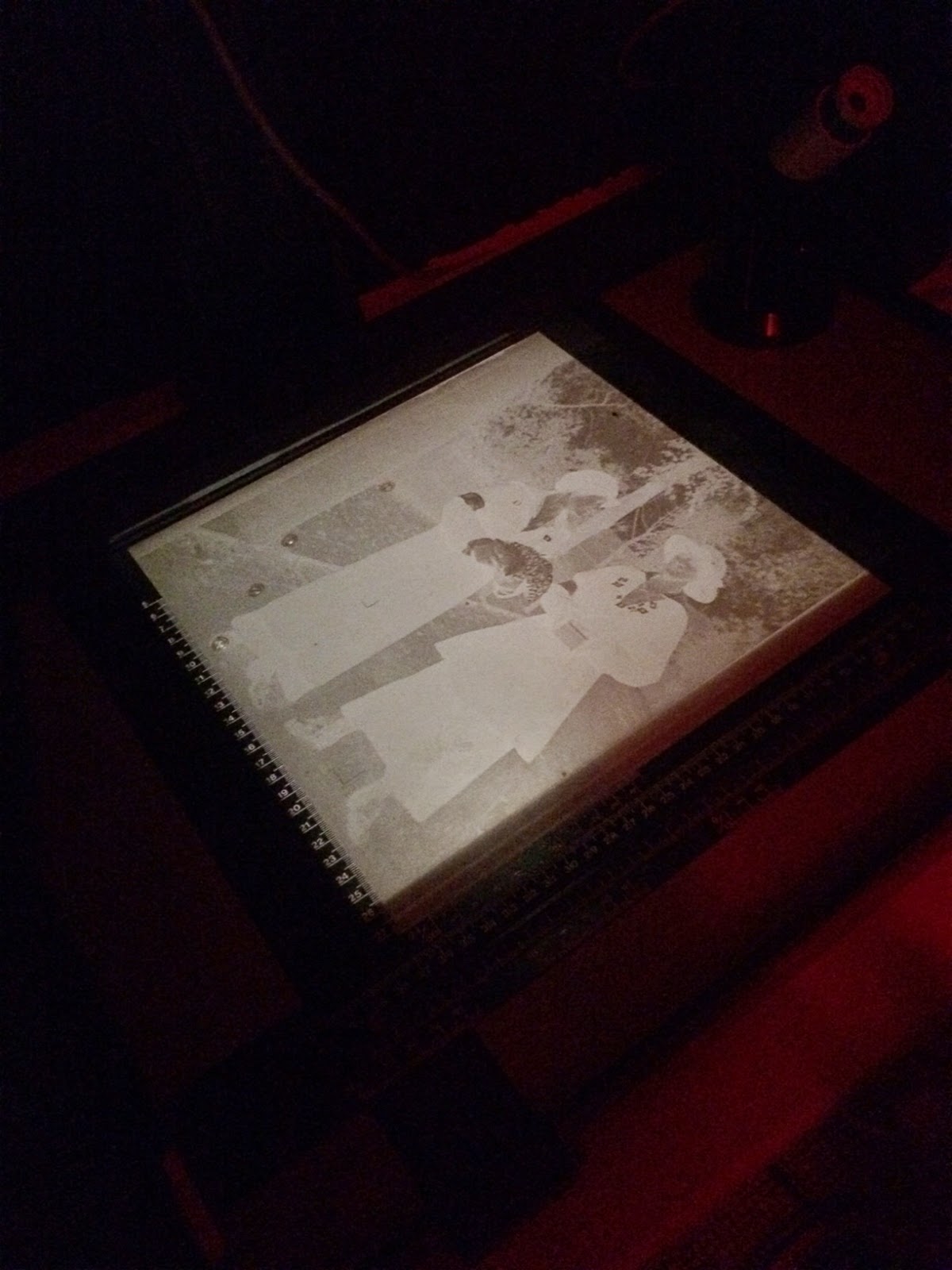 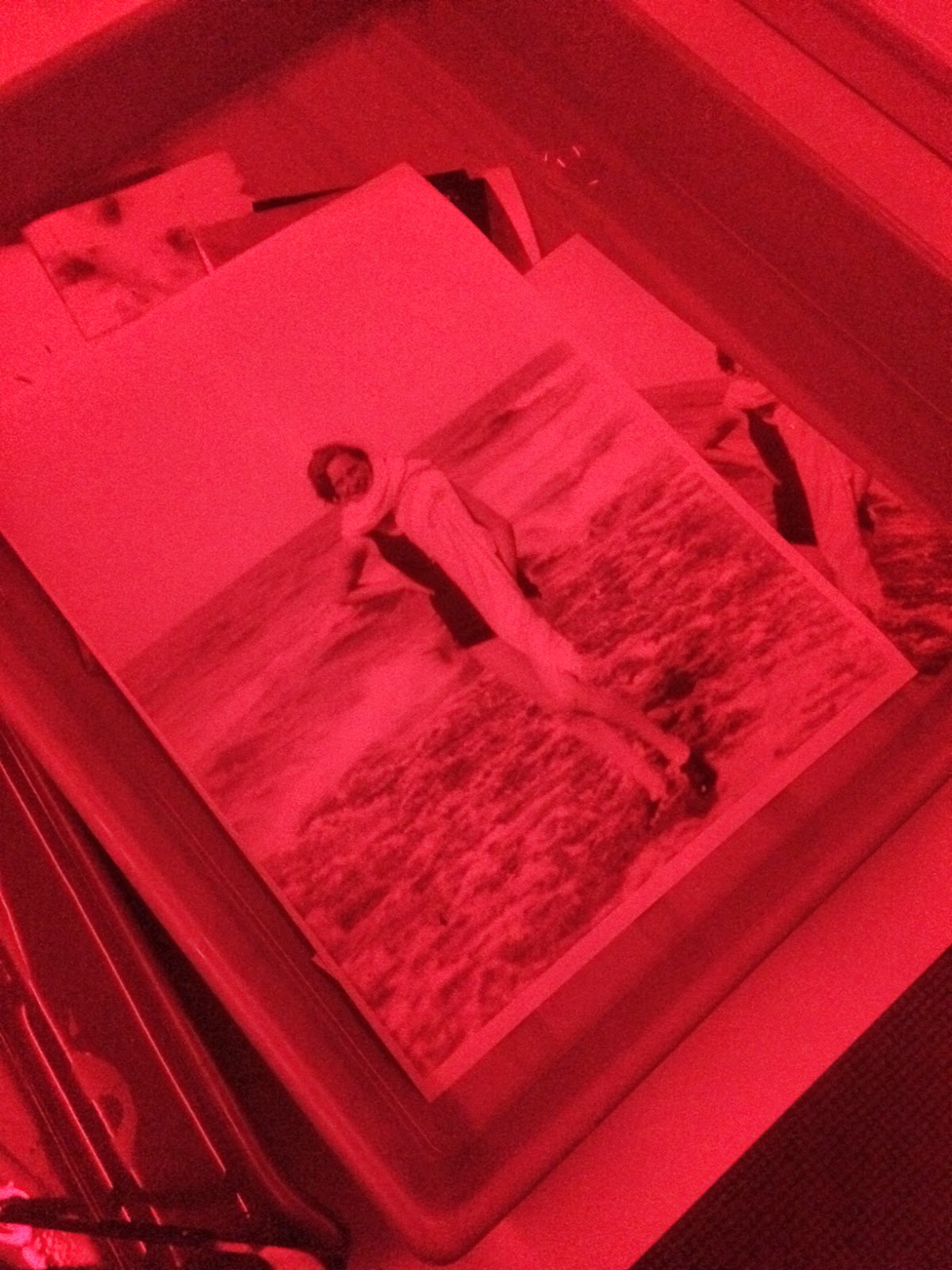 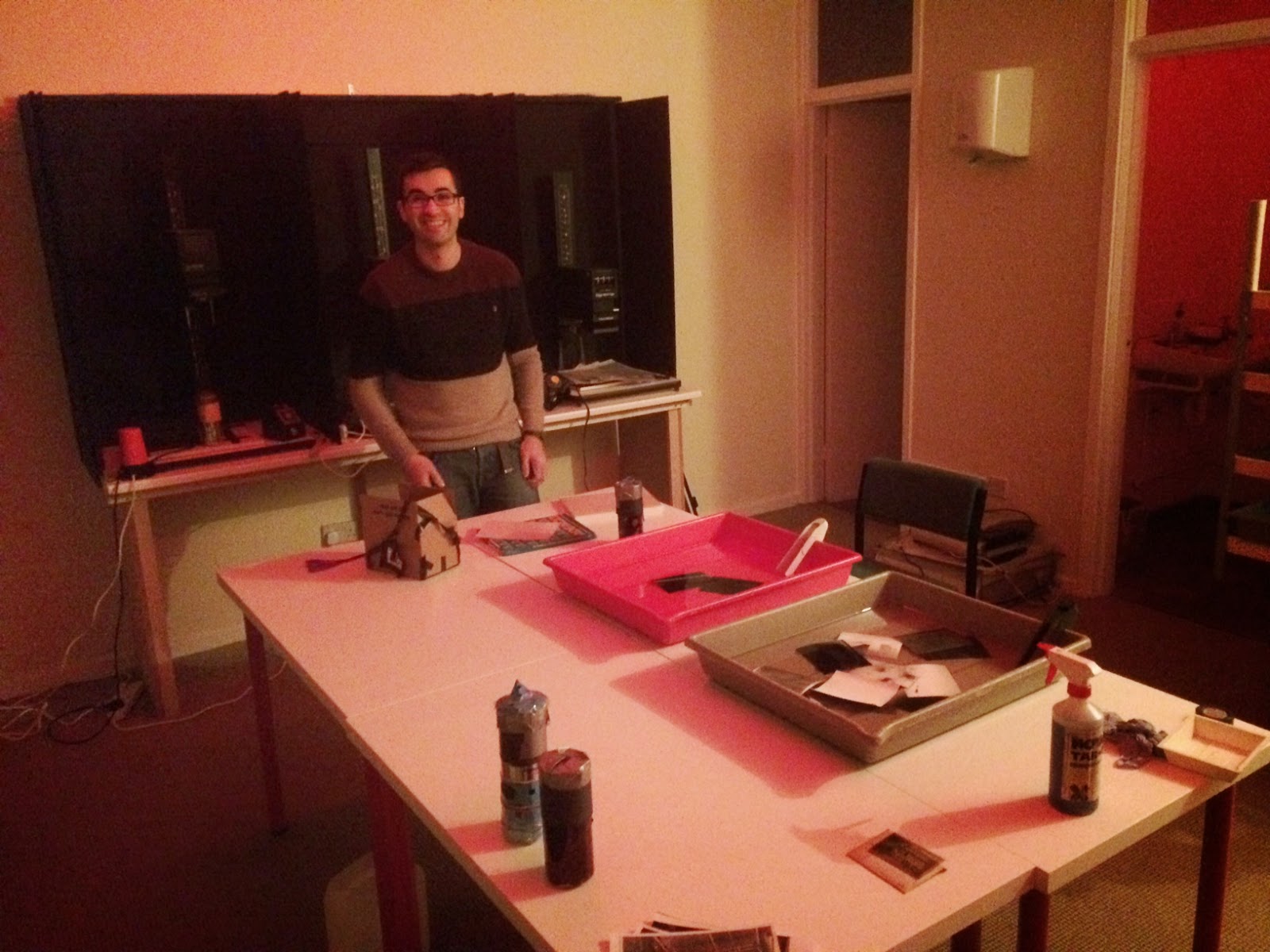 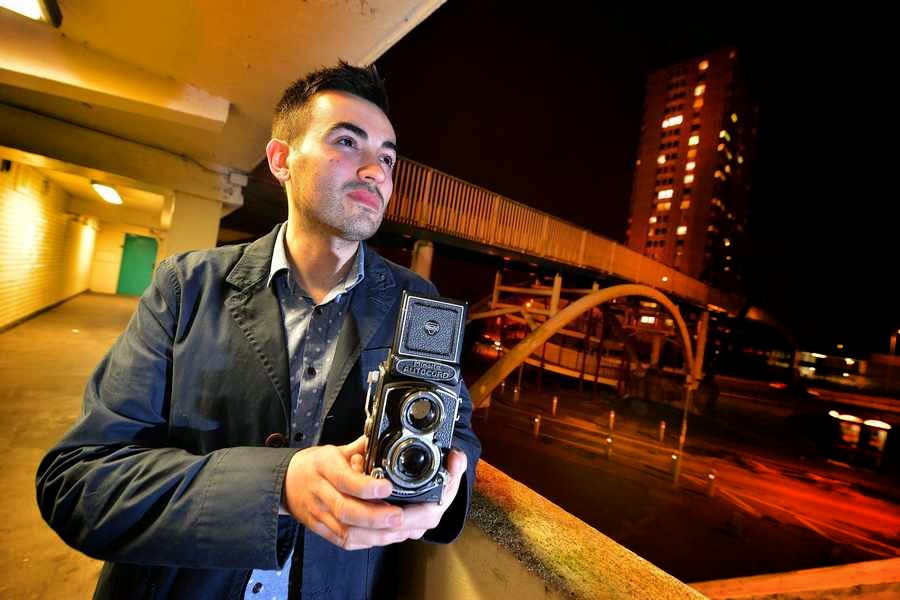 I am very pleased to say that the opening event was featured in an article in the express and star newspaper. The feedback we have received from the article has been hugely positive and it's great to see the community behind the project.

Here's the link to the online version of the article. Enjoy!

http://www.expressandstar.com/editors-picks/2015/03/04/keen-photographer-opens-memories-exhibition-in-wolverhamptons-heath-town/
Posted by Unknown at 05:32 No comments:

First of all, a big thank you to everyone who attended the opening! It was great to see you all and I hope you enjoyed seeing the darkroom and the work that was on display. 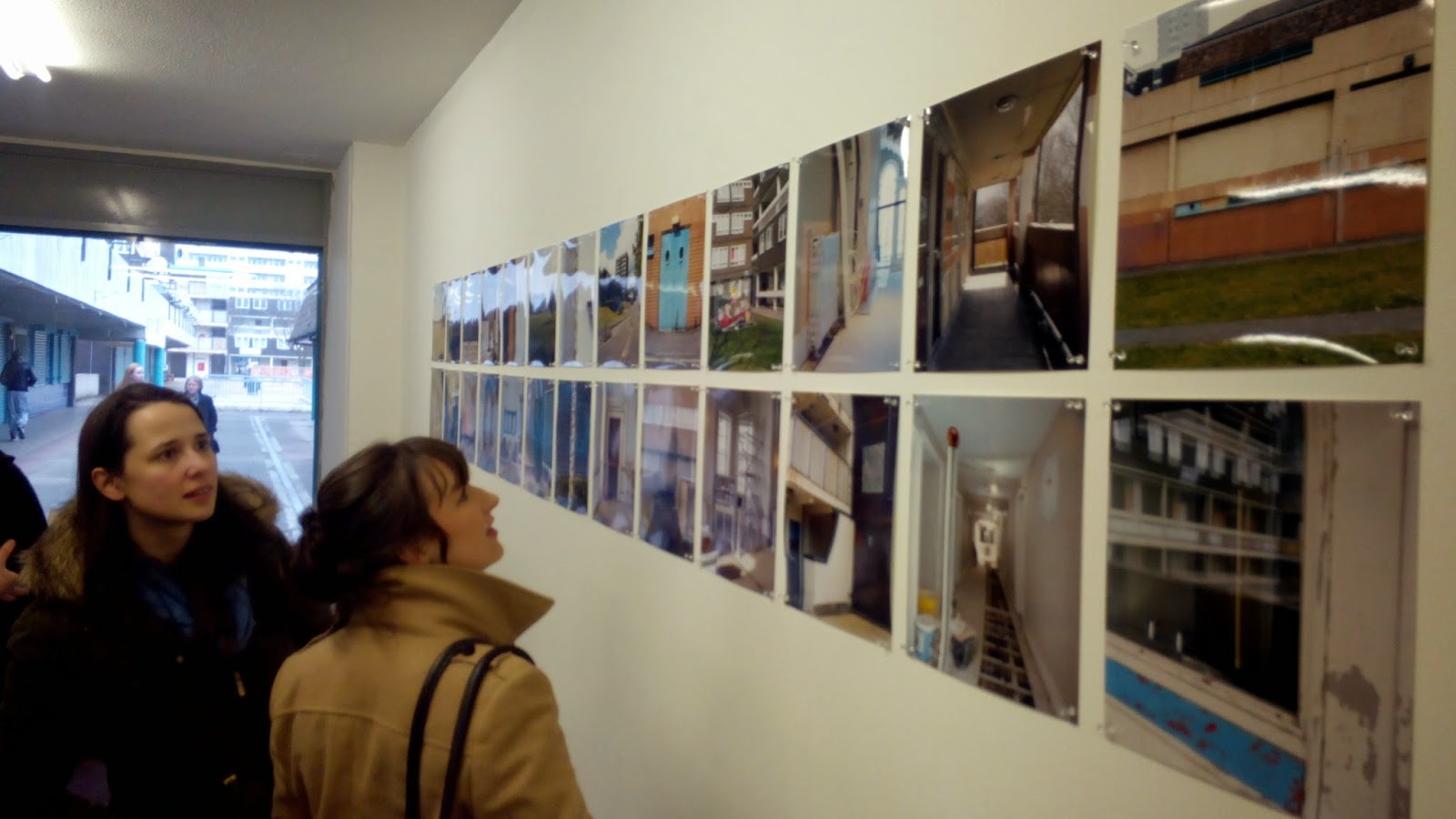 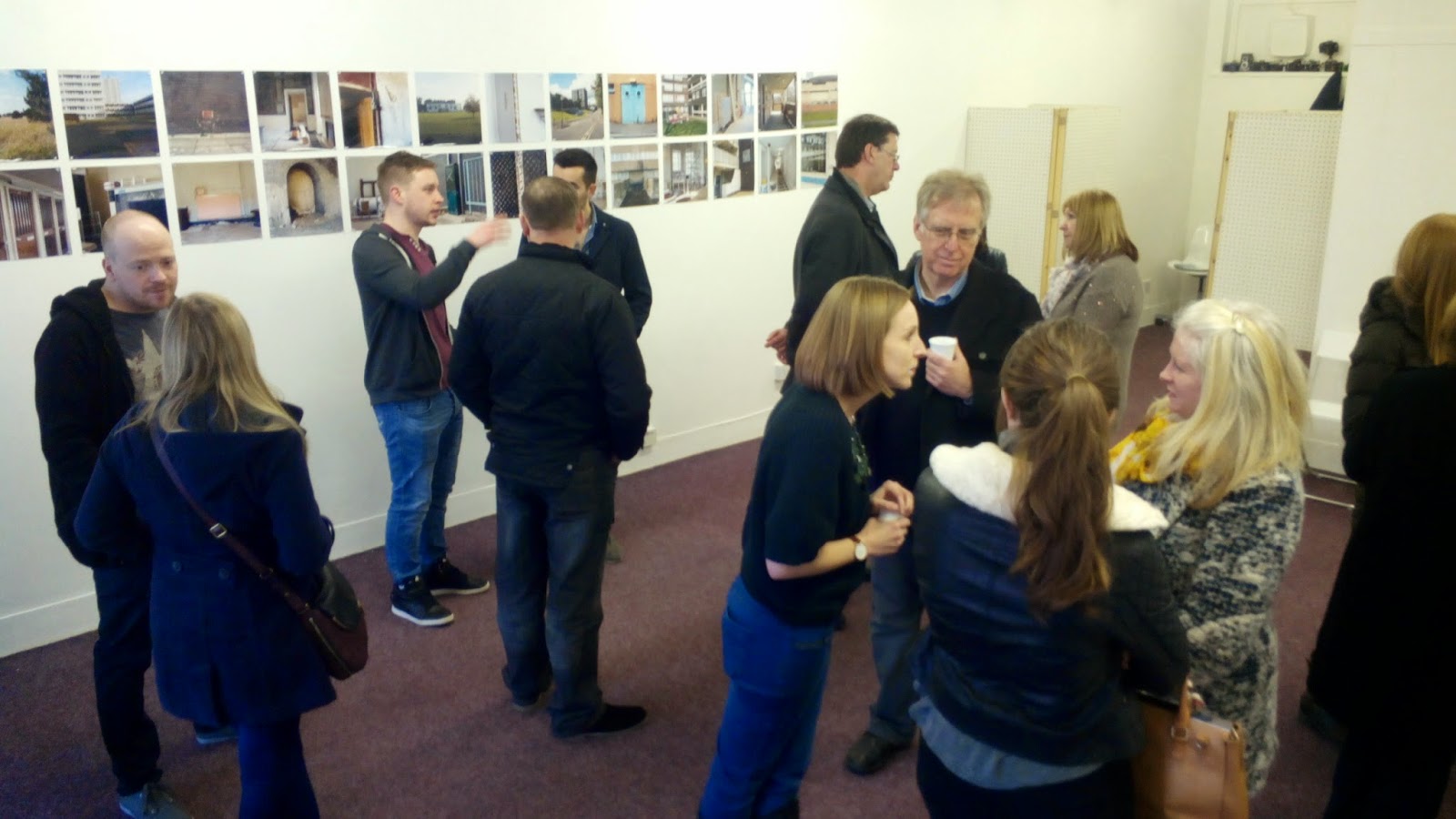 On Saturday I opened up the gallery and darkroom to the public for the first time, having perviously only run sessions in there with my groups from ReEntry. It was great to have the opportunity to show everyone what has been achieved on the project to date and introduce what was planned for the future.

I presented two projects in the gallery - one which is to be the first of a series of rolling exhibitions from different artists and one which is set to be a permanent display.

The first is a series of images that link the work that I have been doing in Heath Town to that which I have been doing at Croome. Both sites are in a similar position in that they both require intervention. Croome went through years of neglect and has now been acquired by the national trust and is undergoing the work it needs. Heath Town through budgetary cuts has lost many of its facilities and it has now been decided that change is required. They are both manmade landscapes - one designed to imitate nature and the other to conquer it. They give clues to the respective ideologies of their time - Croome of a feudal society when the landed gentry were the ruling class and Heath Town of the post war socialism. What separates them is the worth that they are perceived to have. Buildings like Croome that are of that period are valued and seen as something that should be preserved, where those of Heath Town are unfashionable, undesirable and in line for demolition. Croome has survived where it is likely that Heath Town will not.  I wanted to approach both sites in the same way - not valuing one above the other, making a comparison that wasn’t based on preconceptions and didn’t further any of the stereotypes that are associated with either site. I wanted to display the similarities and differences between the locations without making any judgements upon them and to show what I think makes both places interesting and unique. 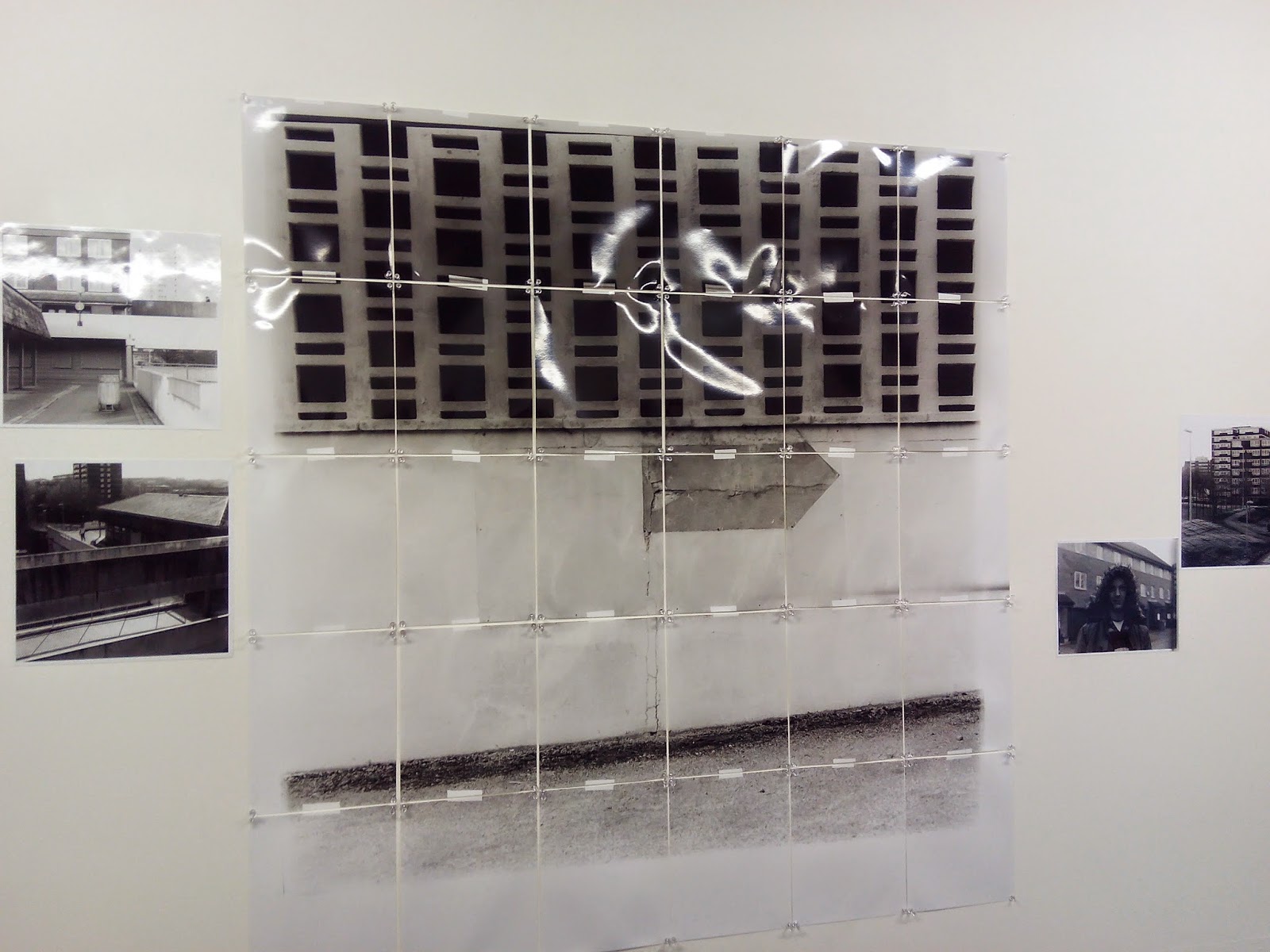 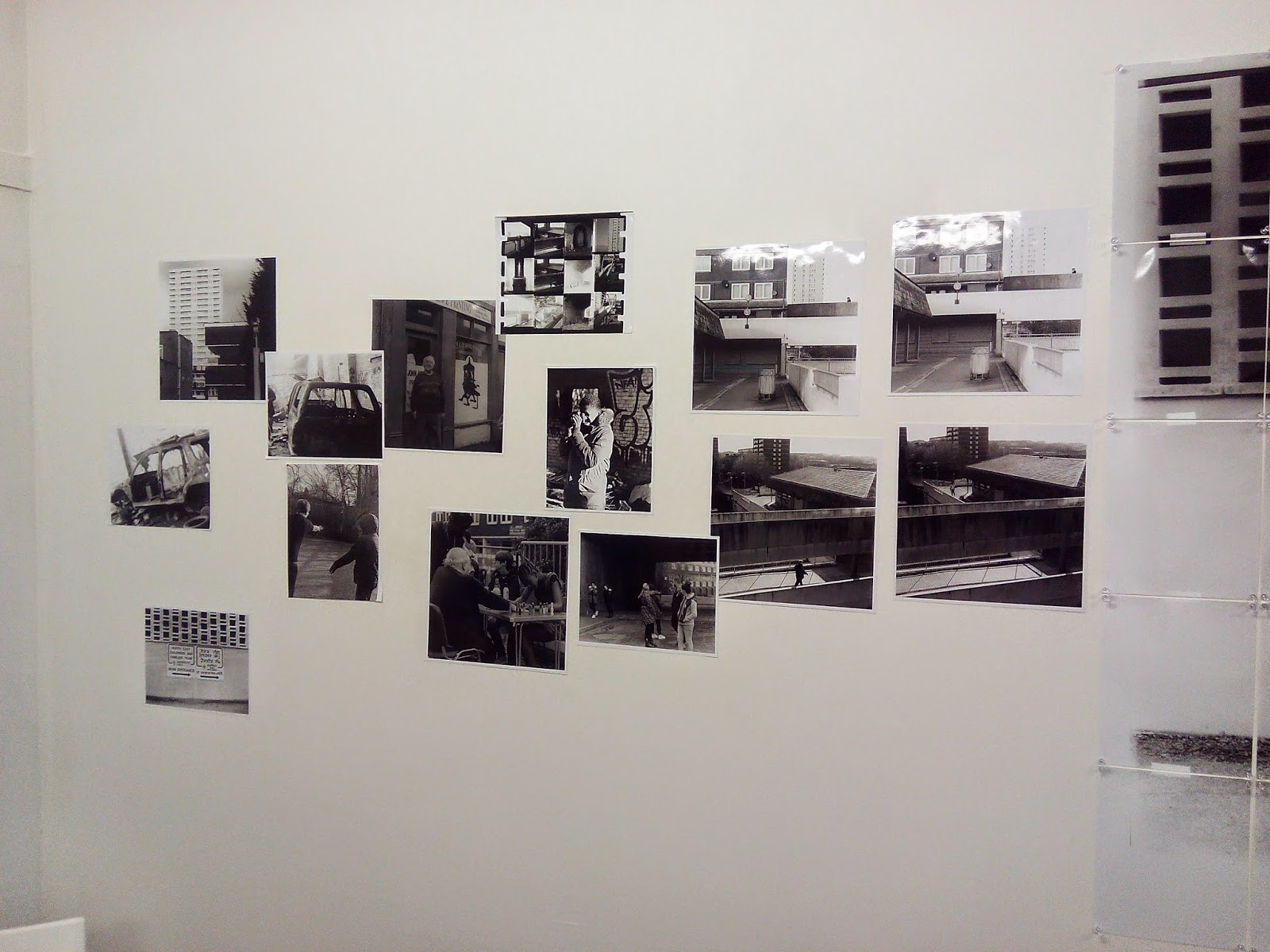 The second, permanent display is what has been dubbed the ‘photograffiti’ wall, on which residents are invited to share their own images which will be stuck permanently on the wall and eventually layered over each other in a constantly evolving single collaborative work of art - created by the whole community. The piece currently displays work that I have produced in Heath Town alongside images taken and printed by the young people of ReEntry, all produced in the darkroom, as well as a series of prints produced with the artist Stuart Whipps.

Thank you to all who have so far contributed to the project’s success. 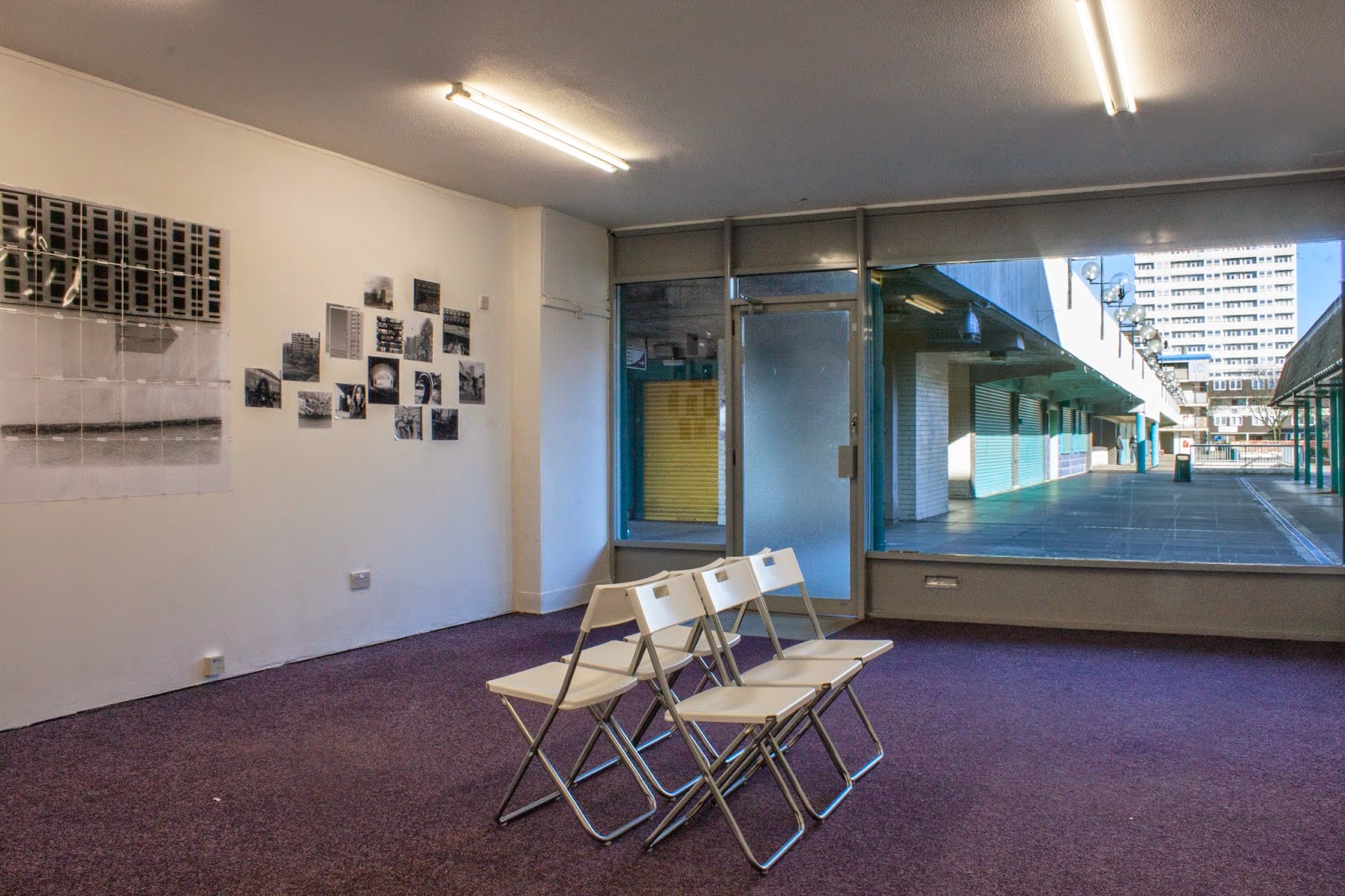 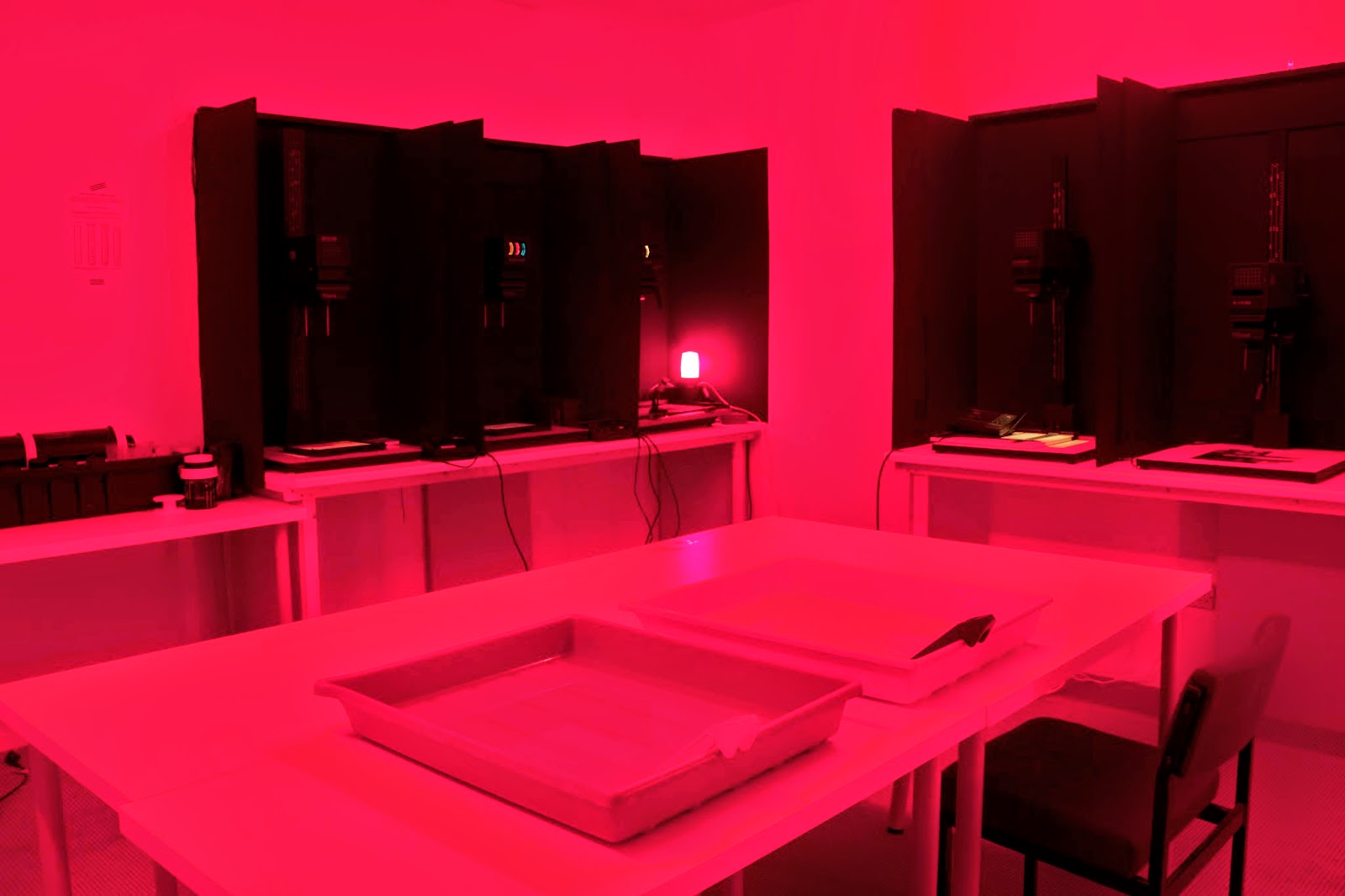 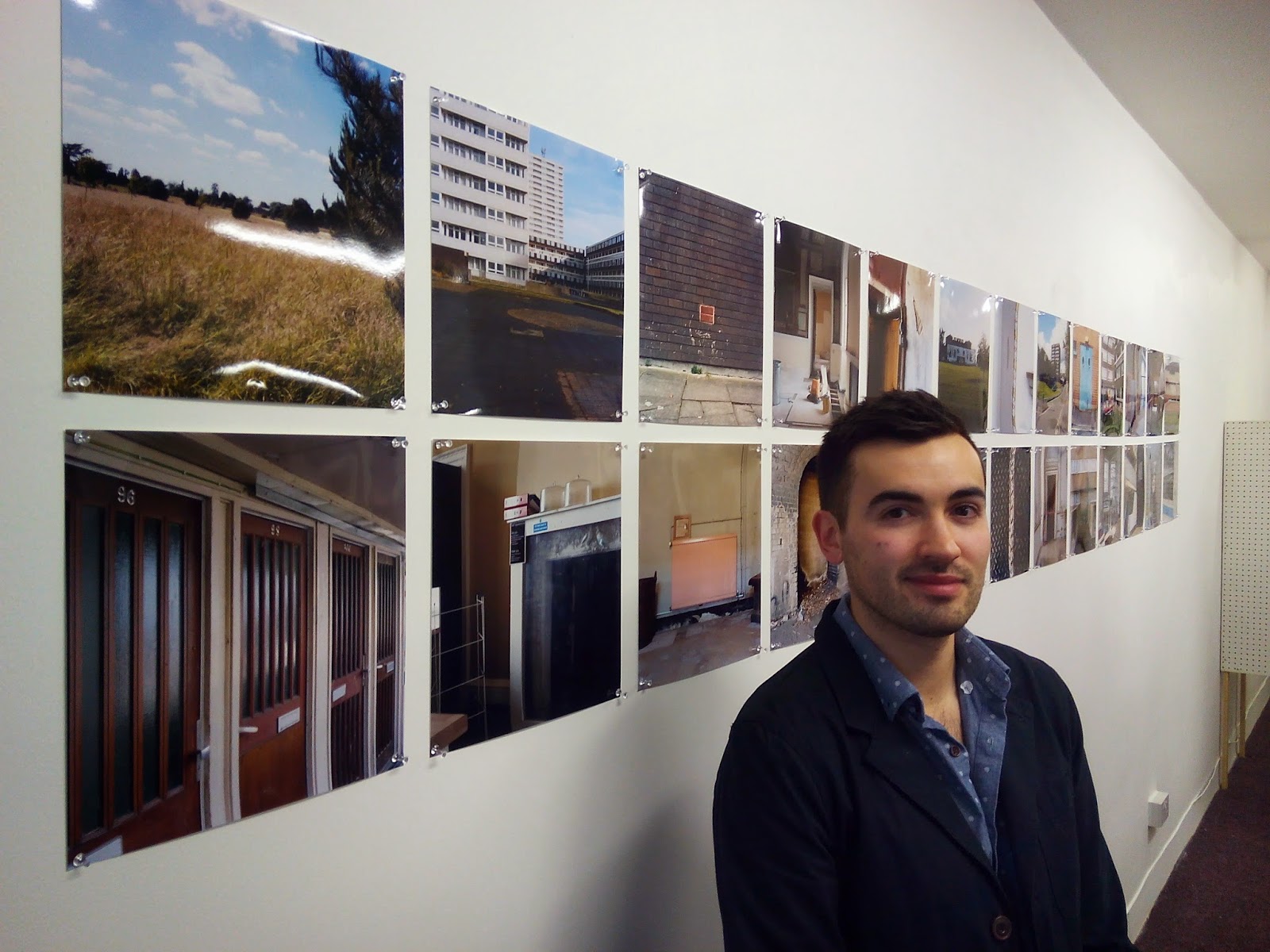 As one of the aims of the project was to create a link between Croome and Heath Town, it was always my intention to bring some of those I was working with from one site to the other. Now that the young people from ReEntry I have been working with have had the time to develop their skills with a camera, it seemed like a good opportunity to test those skills in a new environment.

I was curious to see the response of young people to Croome, as many haven’t previously visited a property such as this - would they enjoy experiencing something new and hearing of the property’s fascinating history, or would they not be able to relate to it - struggling to reconcile the difference between the this country park and the urban sprawl of Wolverhampton and The Black Country, and the different lifestyles they implied?

From what I could see, everyone seemed to have a good time and all listened carefully to all of the very helpful and enthusiastic volunteers. What their impressions were - I don’t know. After half term, we will all sit down and evaluate their experience and use their feedback to see if they can help Croome in their efforts to develop interest from a whole new audience.

Here are some photographs from the day. 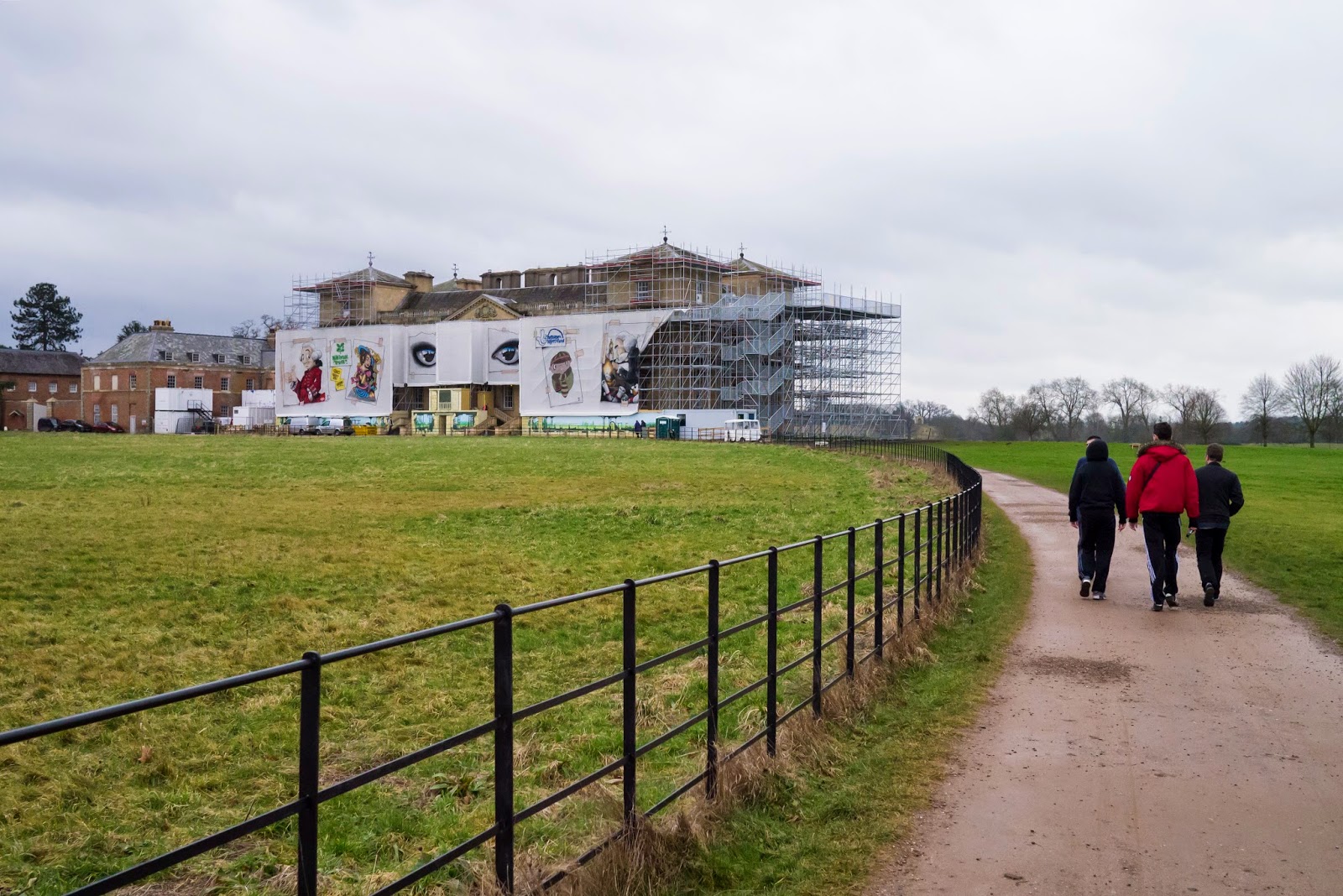 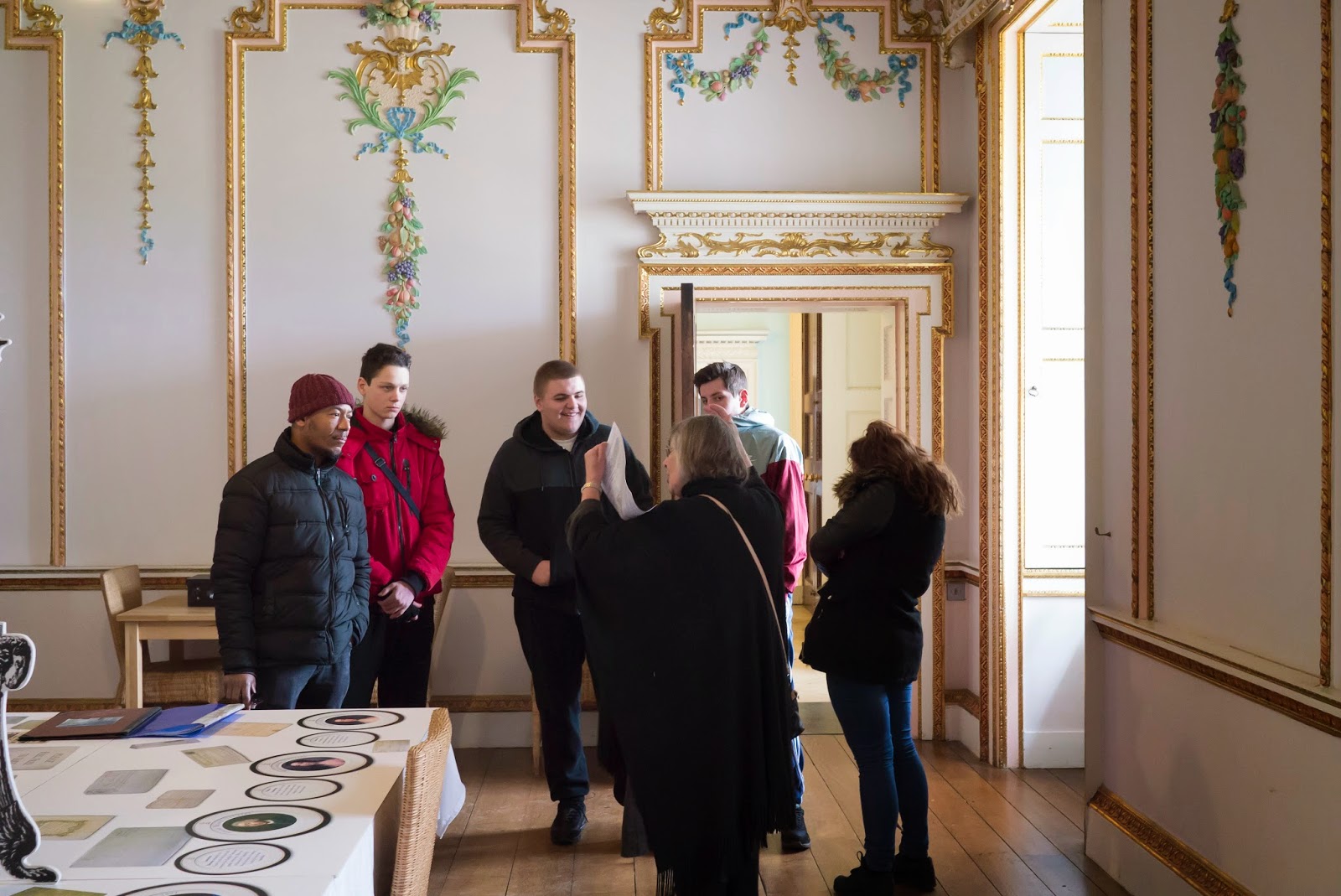 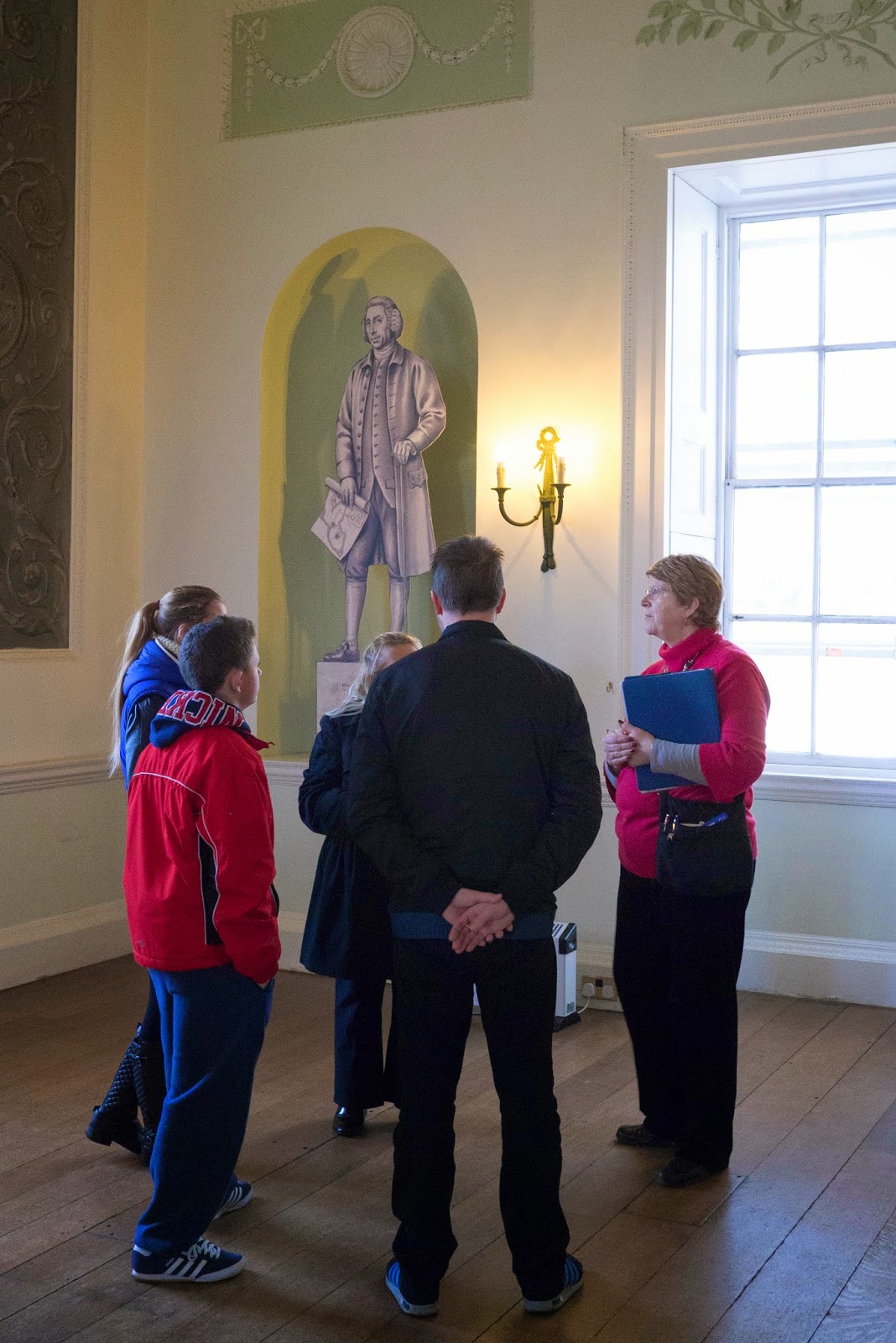 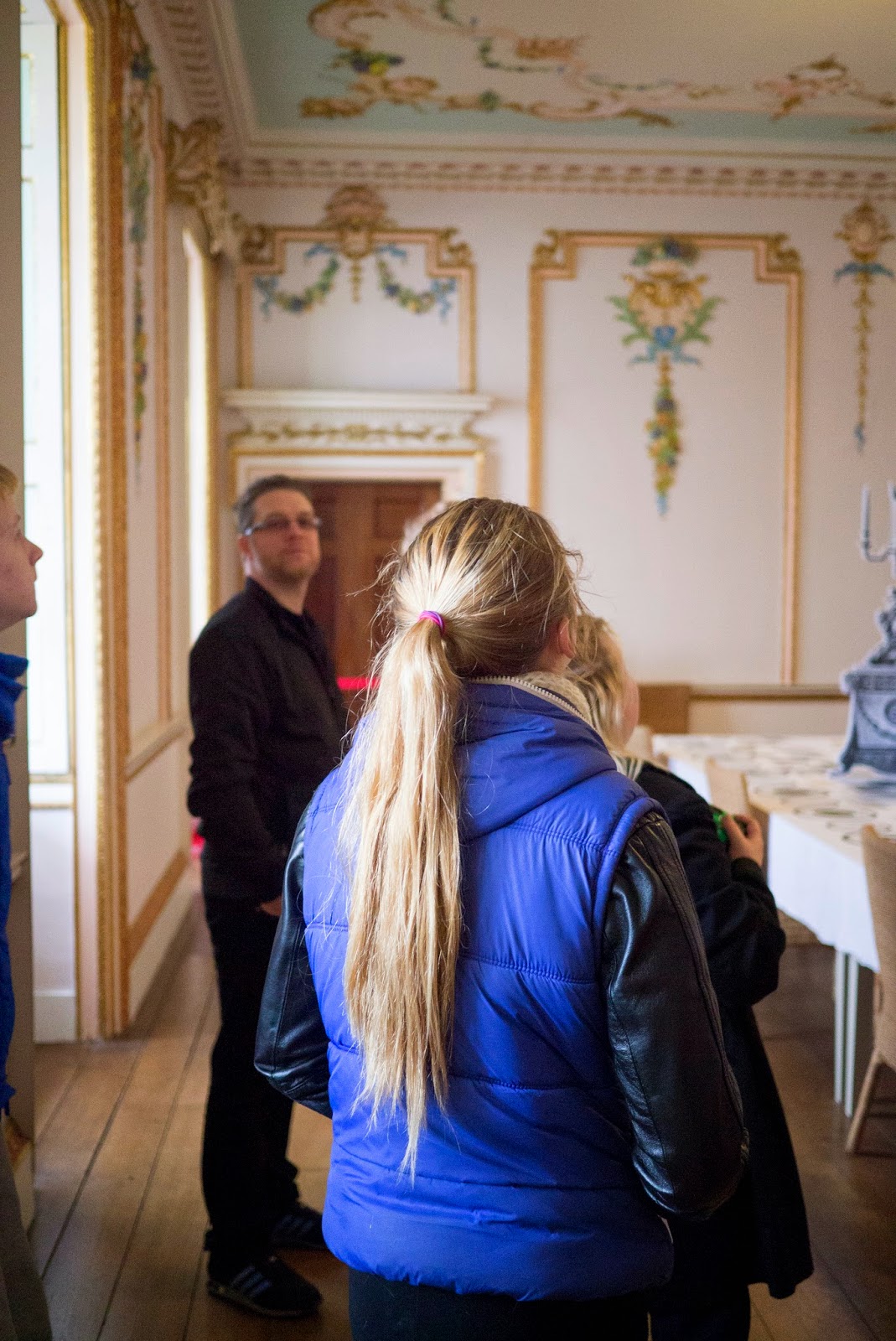 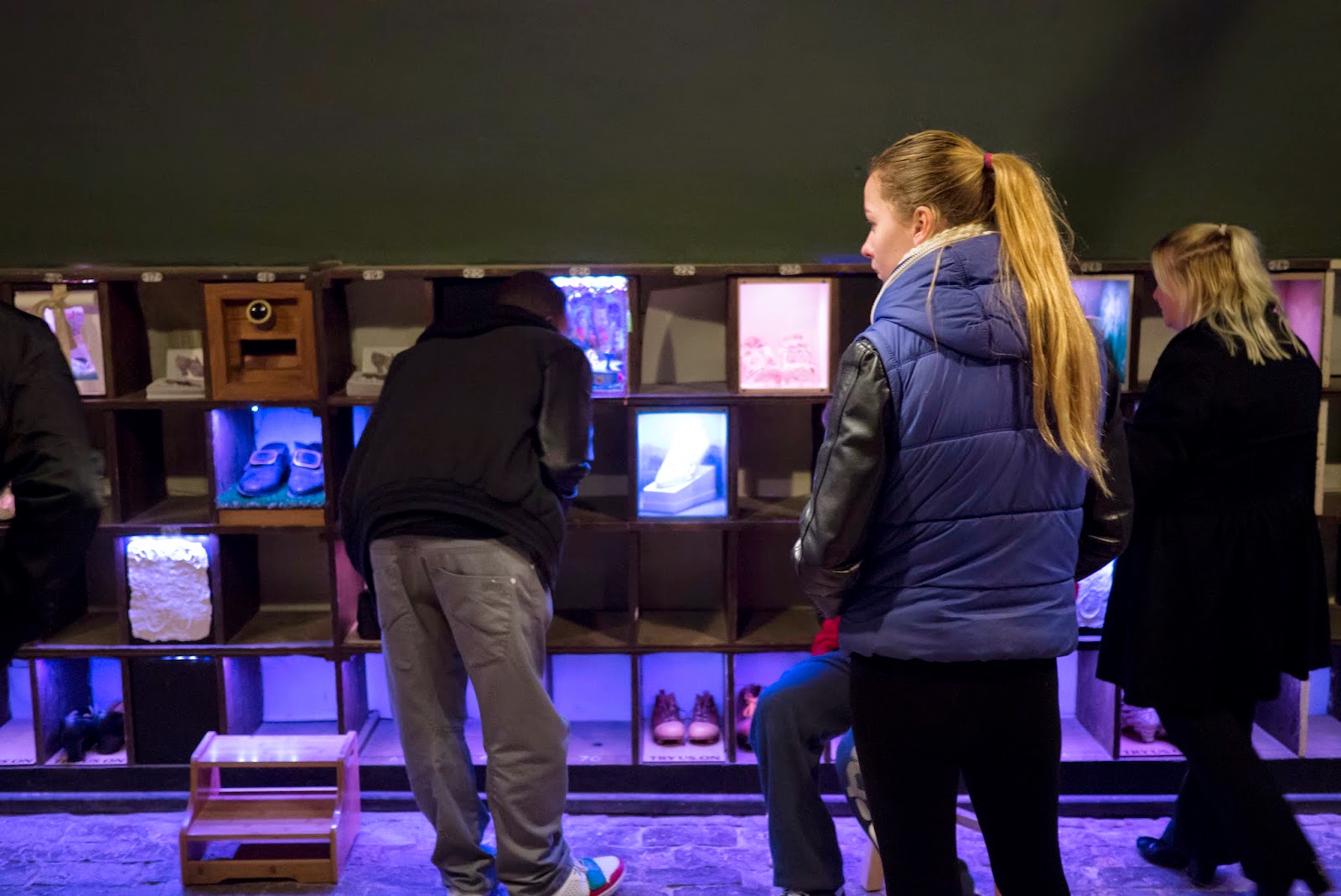 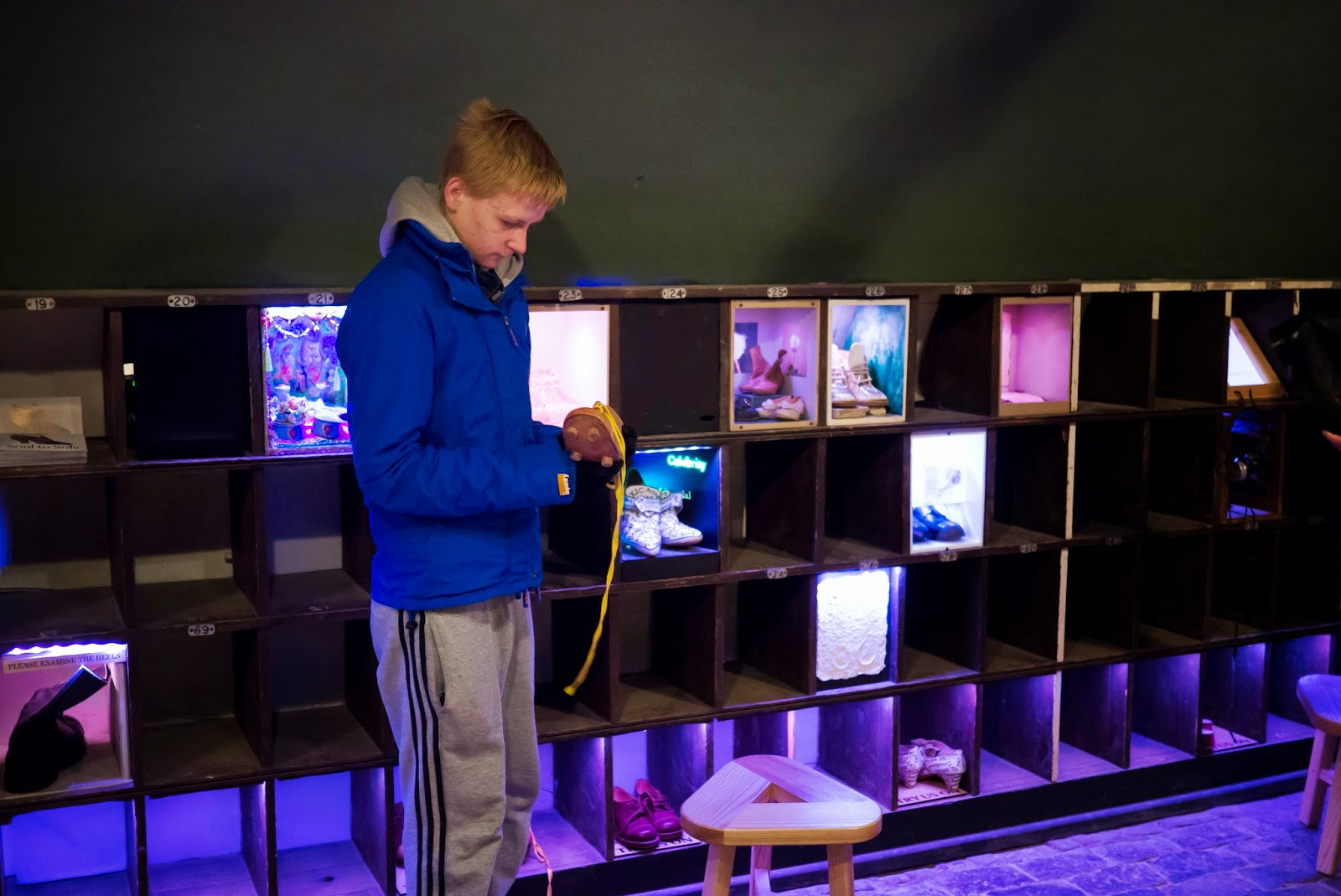 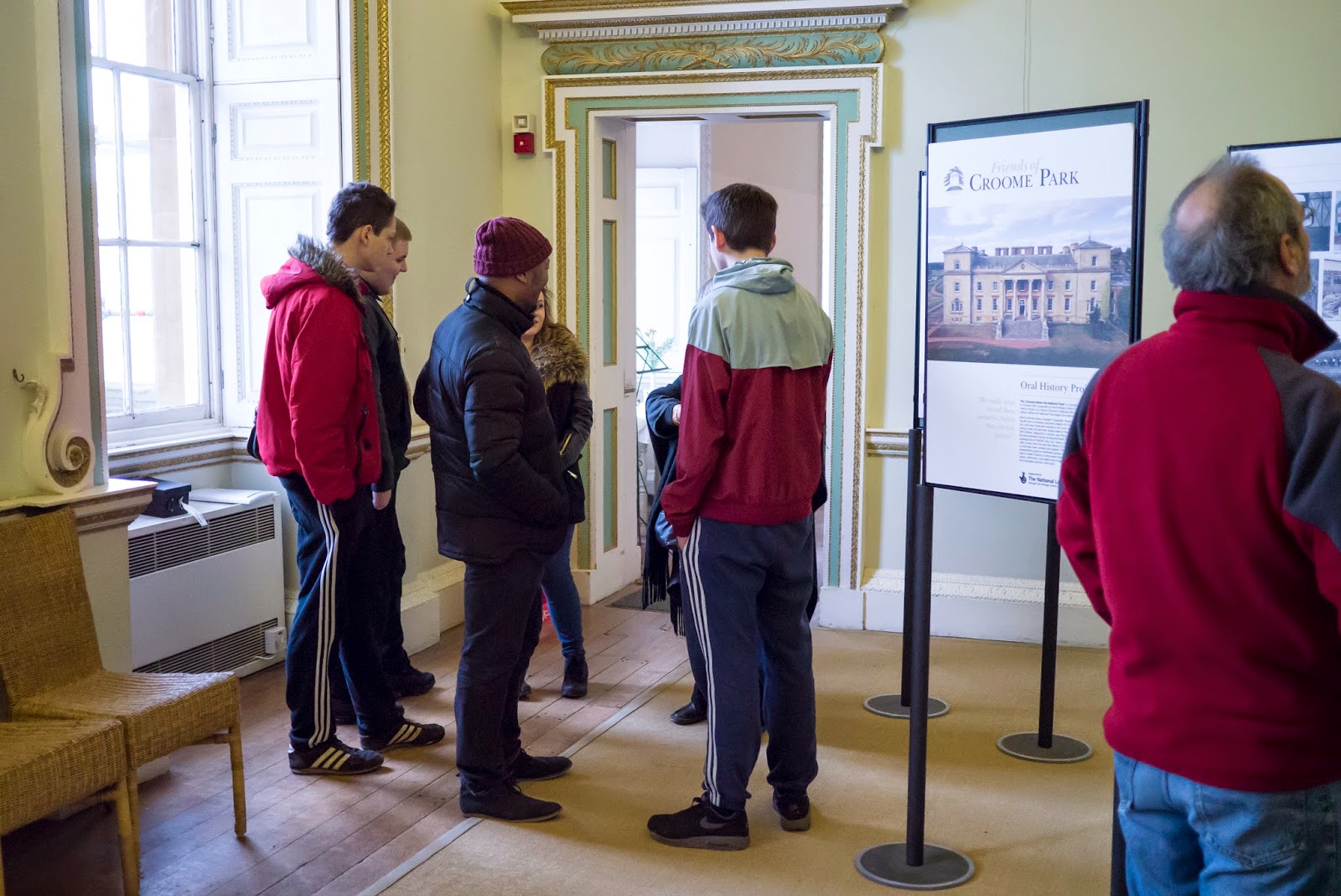 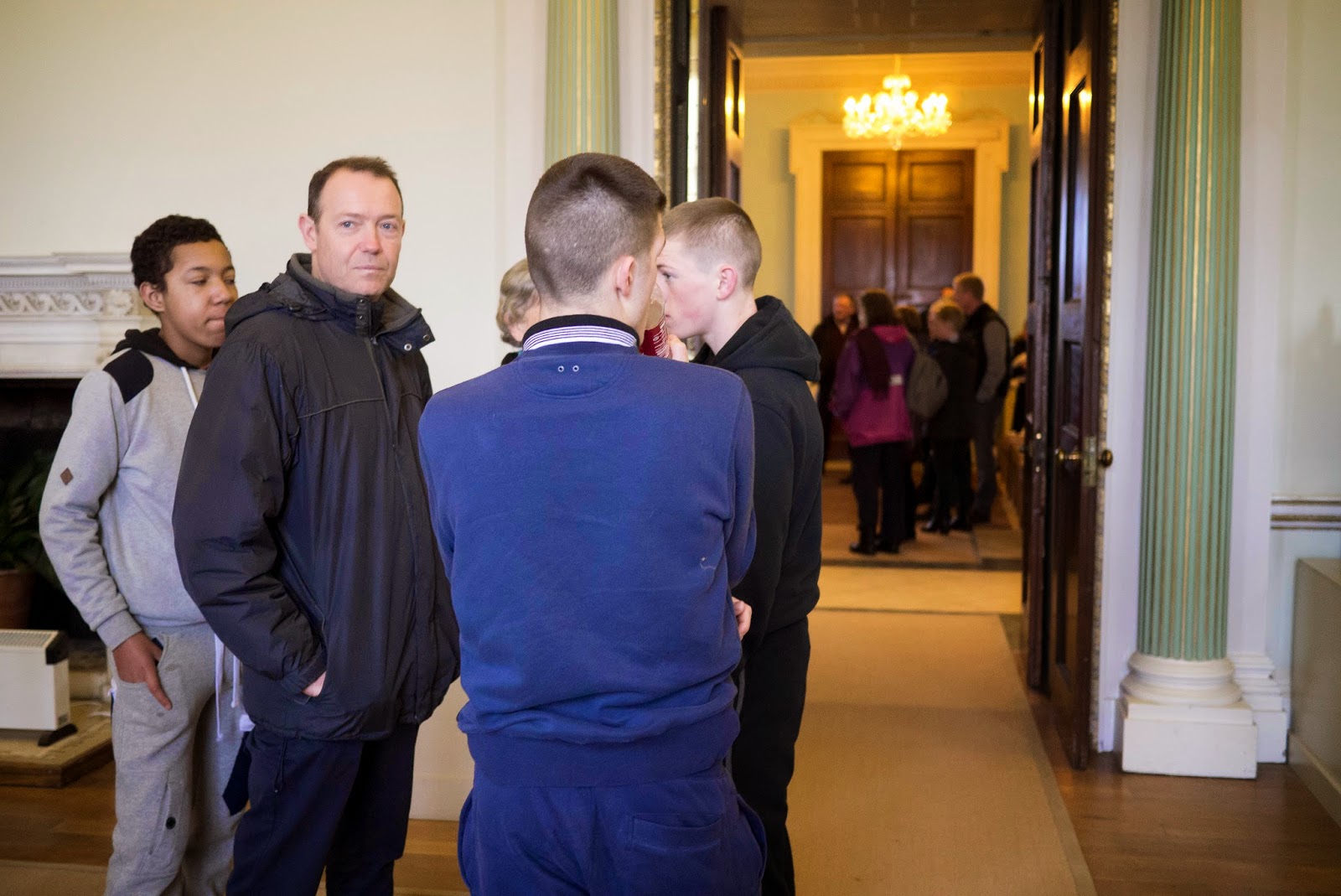 Just a quick post to share a few photos of the darkroom. Lots of work left to do but we're slowly getting there. 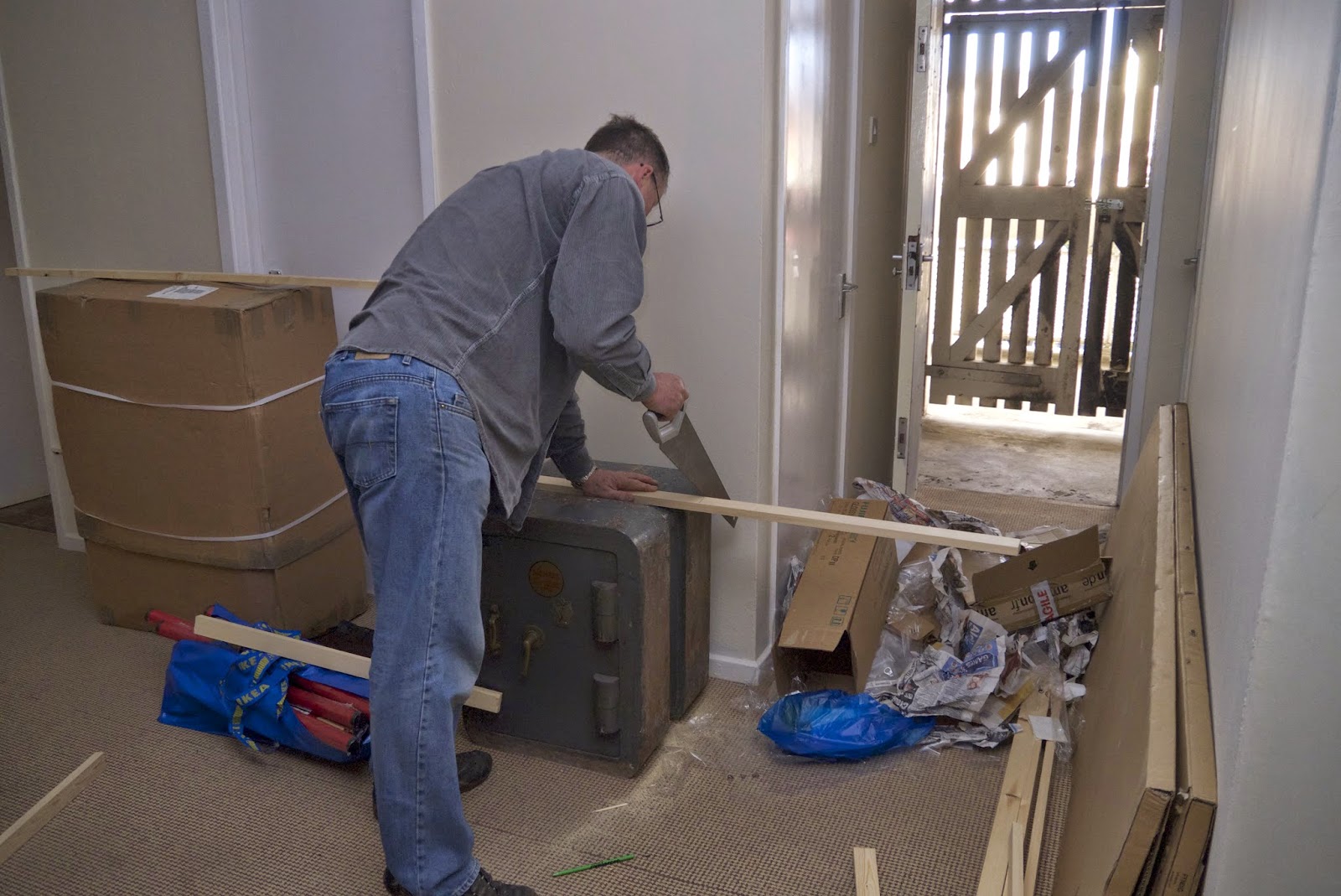 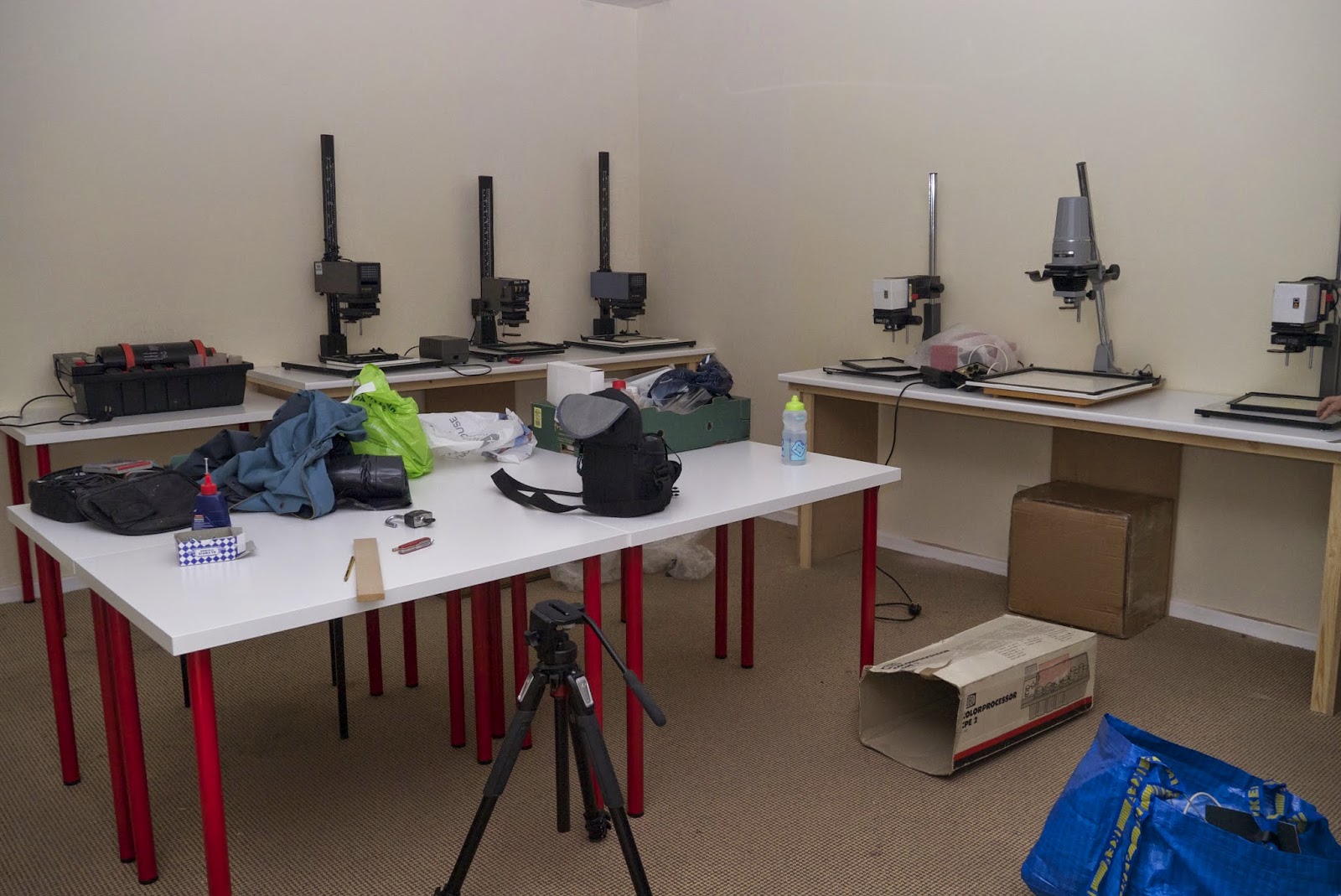 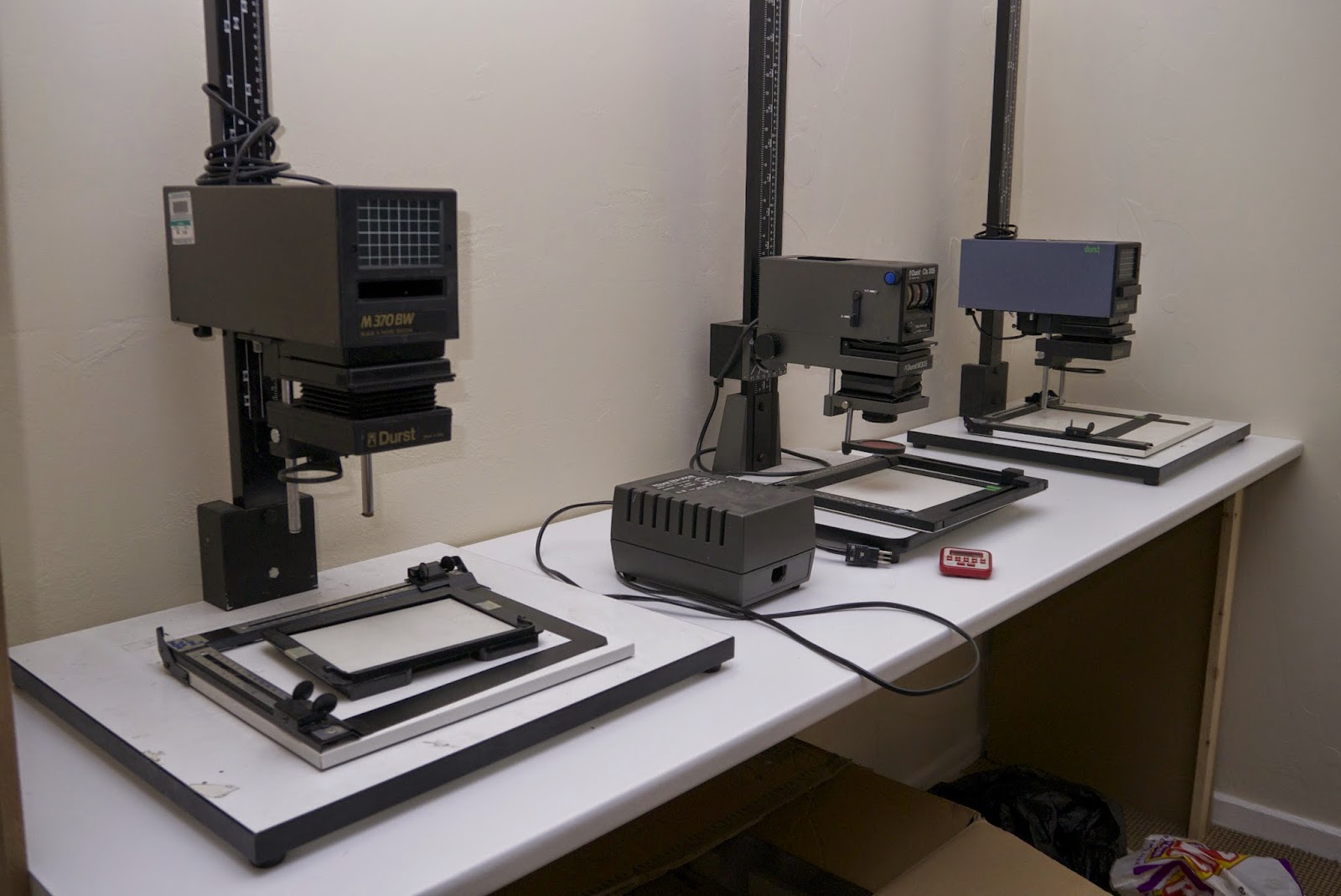 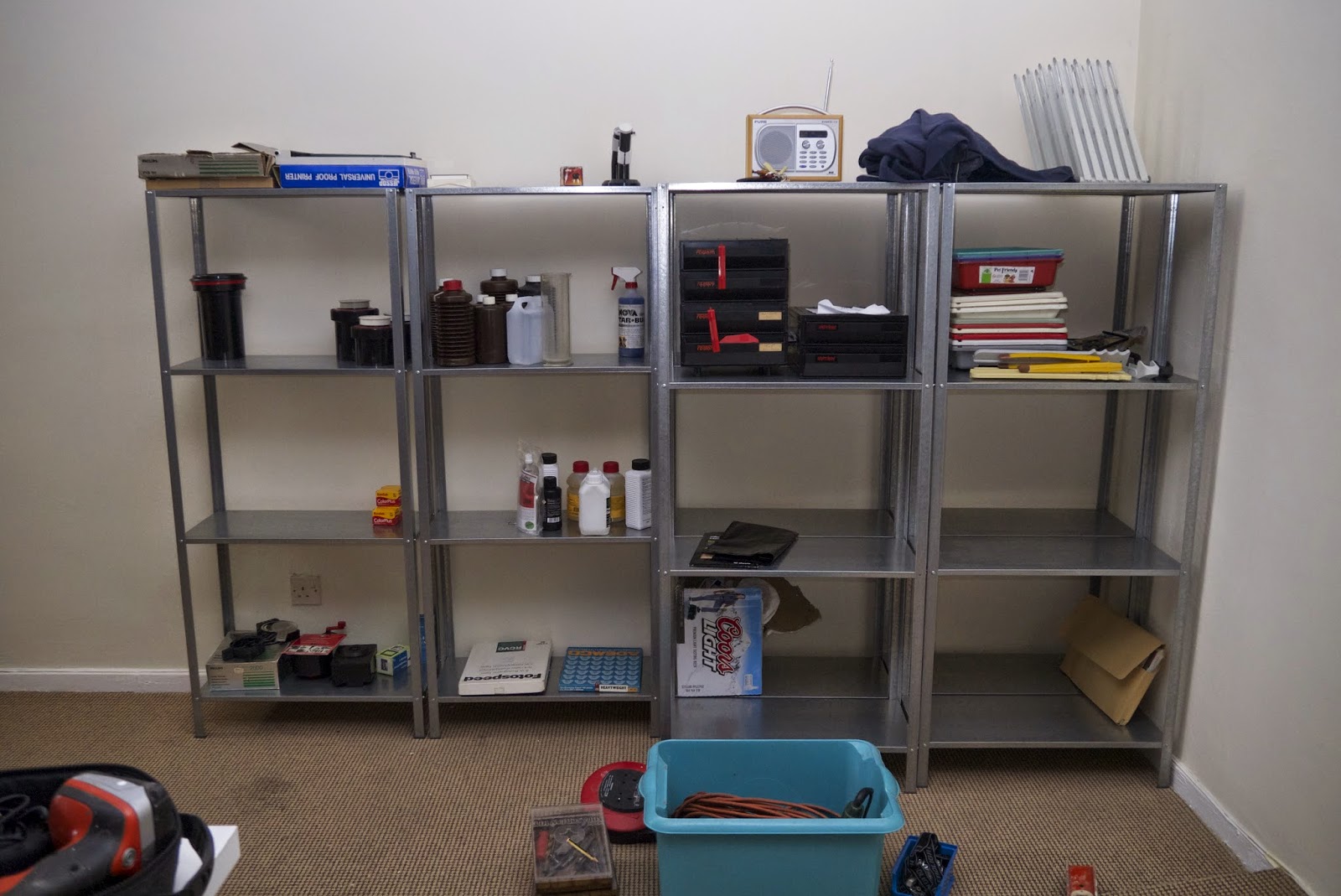 Keys To The Darkroom

I have at last managed to gain access to the unit that I am set to use to establish my darkroom. So, now the hard work begins! I’m currently without electricity, but I’ll see what can be achieved in the dark. It’s a great space and it should have everything that I need to create a fully functioning darkroom that can be used by the whole community. It has running water and only two very small windows that can easily be blacked out and is therefore ideal. The unit is at 182 Chervil Rise - right on the precinct, though the darkroom will be in the basement. I will update the blog with some photographs soon. Keep watching!
Posted by Unknown at 17:37 No comments:

For me, the success of the project was always dependant on the sharing of knowledge and involving other local people in the project. Therefore, it had always been my intention to work with a group of young people - using the need to create an archive as an opportunity for young people to learn skills that might benefit them in the future. I am very glad to say that this is now underway.

Re Entry is a charitable organisation who act as a ‘probation’ service, taking responsibility for young people who have been unable to attend school for various reasons and ensuring that they continue their education and development.

Some months ago now, I was contacted by David “Cookie” Cook of the All Saints Re Entry base who had heard about the project and was interested involving the young people they work with in the project. We met (at the pub) discussed our visions for the project and what we hoped to achieve and found that these were compatible and decided to try to work together.

I’ve now been working with ReEntry for several weeks and have so far loved every minute of it.
More importantly - the young people really seem to enjoy it too. 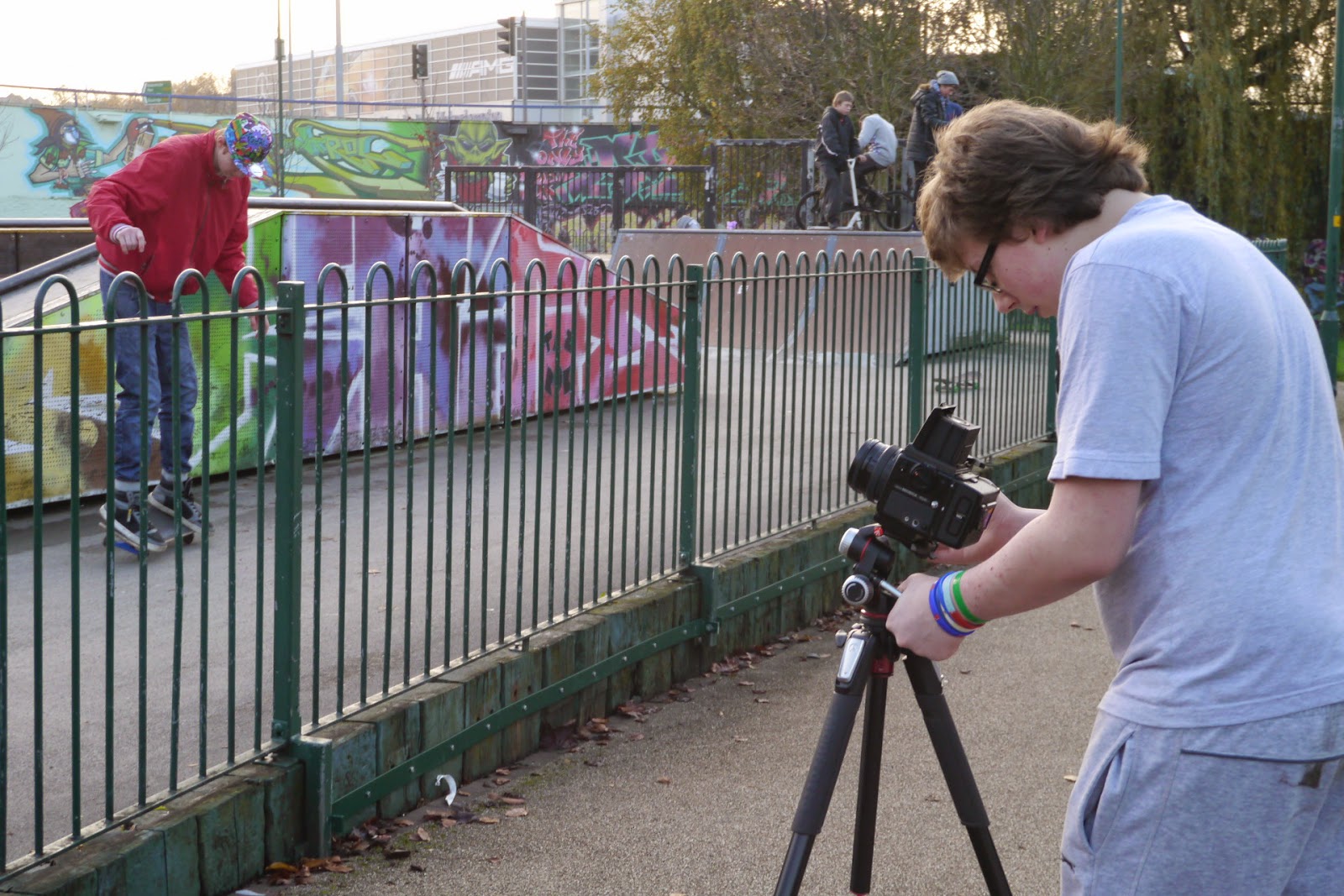 I’ve so far been teaching my pupils using only manual film cameras. This lead to one or two blank frames in the earlier lessons but now the results that have so far been produced have been hugely impressive. Using manual cameras mean that the young people have to think about aperture, shutter speed and focussing the camera as if they don’t, they don’t get the photograph.
I’ve found that the method of learning that is required with photography - one of exploration, creativity and experimentation - is one that suits these young people very well. For people who have found the classroom environment difficult, being given freedom to learn by doing out in the field rather than being told to sit down and listen, these classes have given them a new outlook on learning, much as it did for me when I started learning photography. Many of the aspects that make a great photographer aren’t the kind of traits that lead to people excelling in standard education, and I am so glad that it is helping them in the same way that it helped me. 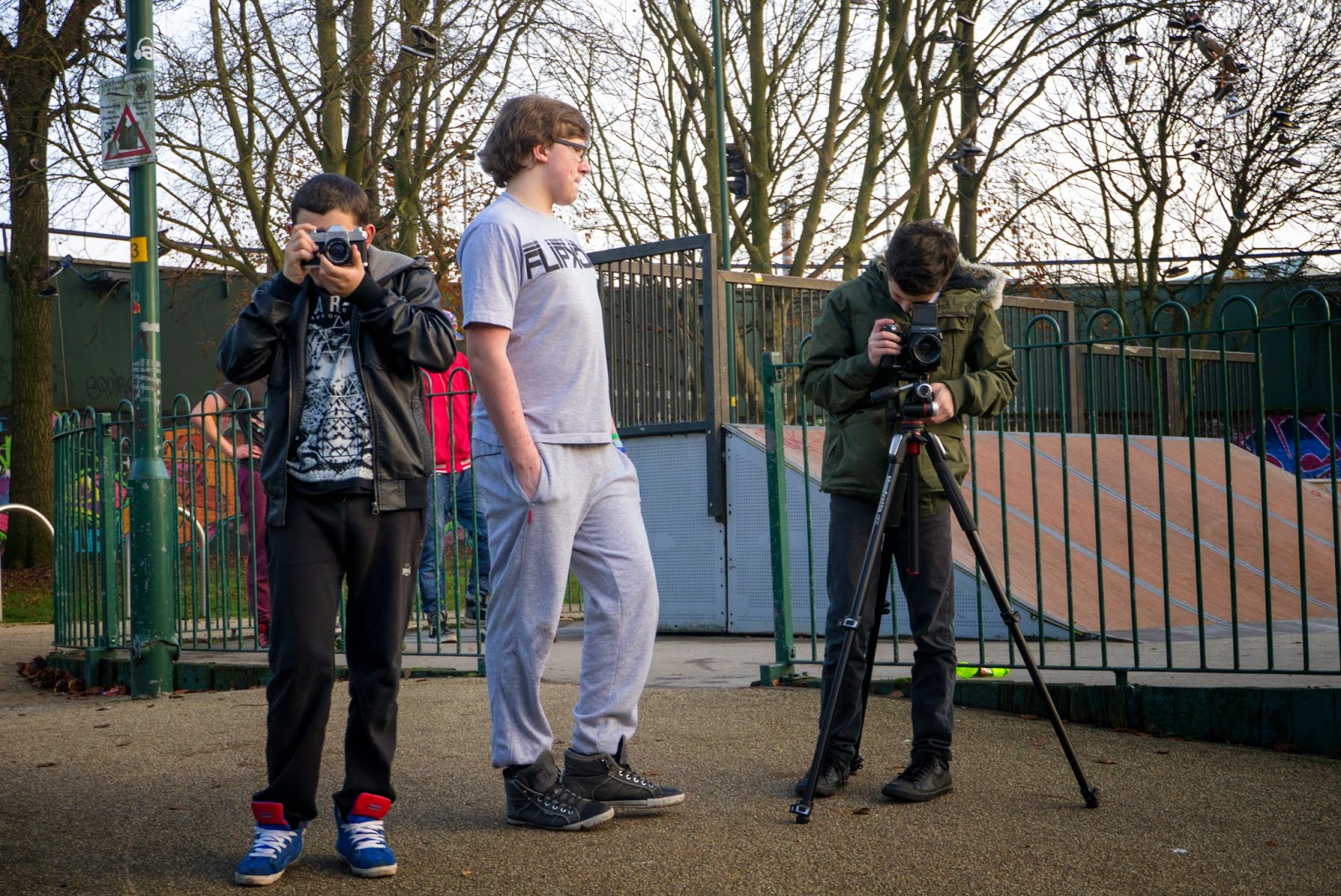 The benefit was summed up to me last week when Shania, one of the girls who had been involved in the programme, spoke to me on her last day at the centre before she went back to full time education. I asked her if she had enjoyed it and she told me that she had and that she intended to study media at A level so that she could do more photography. This was a great thing for me to hear. Whether or not she went on to make a career of photography, the experience had been something which she had enjoyed and felt as if she was good at and it had given her the confidence in herself - a belief that she was capable of achievement in the field of education.

I will be working with ReEntry once a week for the remainder of the school year, and possibly even beyond. I am really lucky to have found such a good group of young people and an organisation as wonderful as ReEntry, whom I am extremely proud to be working with and am sure that together we can meet our goals for the project.